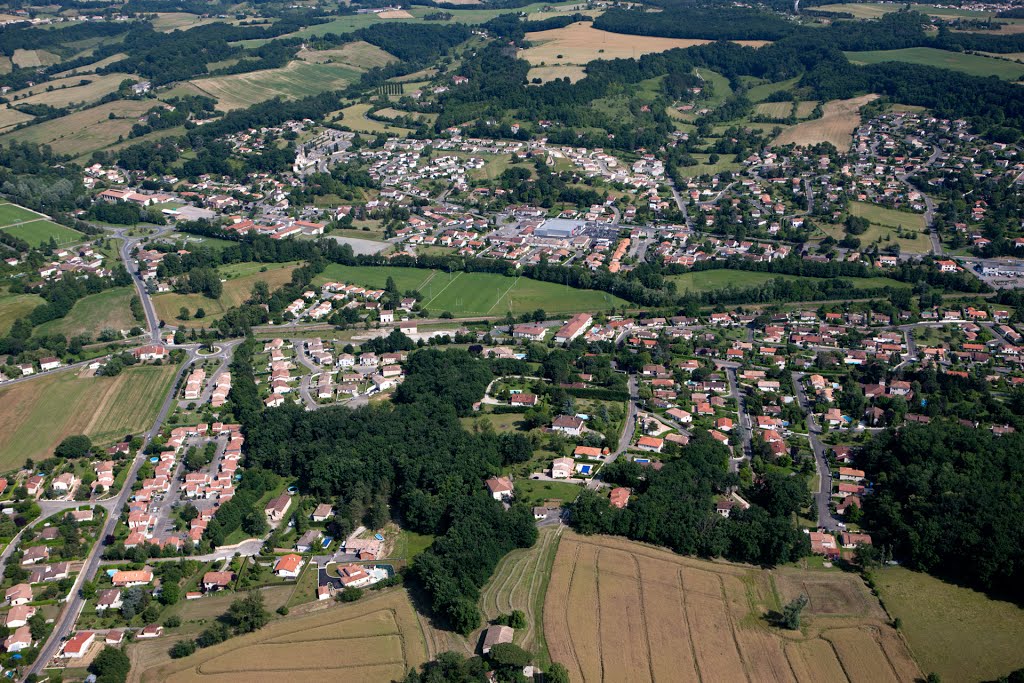 Like Tenbury Wells, Pont-du-Casse is a small inland town set in rolling farmland. It lies in the département of Lot-et-Garonne between Bordeaux and Toulouse, and a short distance from the city of Agen, famous for its prunes and rugby.

Pont-du-Casse has largely grown up over the last half-century and now surpasses Tenbury in size. The surrounding area is rich in history and contains many historic towns.

Pont of course means “bridge”, and casse in the Occitan dialect means “oak”. A native of the town is un(e) Cassipontin(e).

It first twinned with the Italian town of Talla in 1982, followed by Tenbury in 1985 and the Catalan town of Llança in 1990.

Two enduring monuments to its twinning with Tenbury are a “rue de Tenbury Wells”, so named upon the signing of the original twinning oath, and a British red telephone box, a gift from Tenbury, which stands in the town’s “Garden of the Twin Towns”.